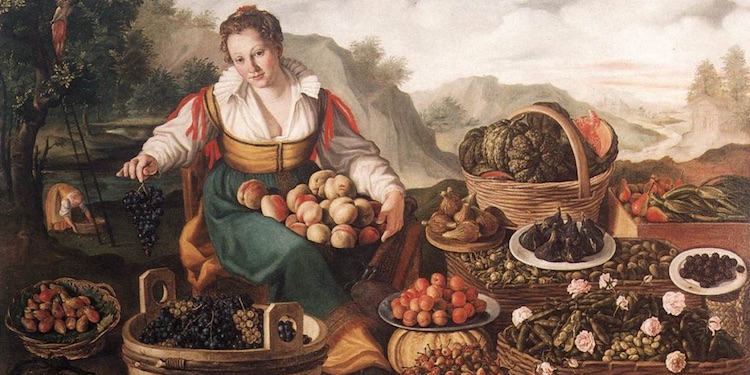 Good news for foods that pride in their origin: the European Commission has launched a public consultation (which will close on February 1) on the introduction of mandatory indication of the country (or place) of origin of the primary ingredient of food products, when such country or place is different from the one declared on the final product (e.g., the origin of cocoa contained in the chocolate declared as Italian, or the origin of pork in the famous Italian prosciuttos). Whatever the outcomes of the consultation process, the draft regulation itself is an important signal that (in part) moves in the direction pursued by some EU Member States, including the Italian Government (think of decrees signed in recent months regarding the origin of milk, wheat, and rice).

In detail, the Commission proposes that if the origin of a food (e.g. chocolate produced in Italy) differs from that of its primary ingredient (primary in this case referring to a content of over 50%), specific information on the origin of such primary ingredient should also be indicated and displayed in the same visual area as the indication of origin of the food. In providing this information, the Commission offers more than one option, allowing the operators to opt for a limited disclosure of “EU”, “non-EU”, or “EU and non-EU” (e.g. “non-EU cocoa”), or for a more specific indication, such as the state of origin, including the non-EU states (continuing with the same example: “cocoa: Vietnam”, and perhaps also “cocoa: Vietnam and Indonesia”). The second option has the relevance beyond the purely legal field: the specific indication could also point to precise regions or geographical areas, including cross-border. For example, it would seem possible to indicate also the geographic province or territory of origin, provided they are sufficiently known, for example “milk: Lombardia”, “pork origin: Province of Bologna”, “cocoa: Province of Napo (Ecuador)”). As provided for in the same basic regulation (No. 1169/2011), the obligation can be fulfilled already by simply declaring to the consumer that the primary ingredient has a different origin from that of the finished product – a useful factor in the cases of multi-country procurement of the main raw material.

Another important normative element is the proposed requirement that such information on the primary ingredient should be placed in the same visual area as the references (whether written or visual) to the origin of the food. An enviable degree of regulatory detail, not rivalled even by the aforementioned Italian decrees on milk, wheat, and rice.

It should be emphasized that the new rules, if approved as proposed by the Commission, will apply not to all foods but only to those which bear on the label an indication of origin or provenance (e.g.: Italian chocolate, Italian beer, Pecorino cheese from Sardinia, or Mortadella from Pistoia). The proposal, however, does not contain a definition of the concept of “indication”, which could potentially lead to certain uncertainties in cases of more ambiguous toponymic references or suggestions, in which one does not have a direct and clear affirmation of a geographical indication.

It should also be noted that the proposal does not apply to foods (including wine) bearing protected geographical indications under the legislation on PDO, PGI, or GST (Guaranteed Traditional Specialty, such as Mozzarella cheese or Neapolitan pizza), in accordance with the CAP (the EU  Agricultural Policy) and the regulations applying to aromatised wines, liqueurs, and spirit drinks. A special exception is proposed regarding the relationships with registered trademarks containing a geographical indication. Here, one thing is clear: if this draft regulation were to take shape, it would exert some considerable effects on the world of PDO-PGI products.

According to the Commission’s plans, the regulation could come into application on 1 April 2019, superseding the national measures adopted by some countries (Italy, France, Romania, and Spain) and replacing them with this new European framework. Although the proposal aims to ensure an EU-wide indication of origin of the primary ingredient, the latter is required only when “the country of origin or place of provenance” of the food is indicated in the first place. This is compared, for example, to the Italian decrees on milk, wheat, and rice, where such origin must be indicated regardless of the presence of the general indication; these decrees, however, apply only to products made in Italy for the Italian market. In its current formulation, the proposal limits itself to requiring an indication of origin of the primary ingredient, without specifying what should be understood by “origin”. Seems straightforward enough, but in some cases origin is not so easily determined; just think of milk for the production of cheese or pork meat used in mortadella or prosciutto: what is their origin? The place of animal’s birth, its breeding, slaughtering, or the location of meat processing? Or, in order to remain in the meat sector, should one apply Regulation No. 1337/2013 on the indication of the country of origin or place of provenance of fresh, chilled or frozen meat of porcine, ovine, caprine and poultry animals?

The proposal, as mentioned, marks a change of pace in the discipline of indication of the origin of food products. After years of studies and reports by the Commission, and after lively debates and even livelier polemics about the true or alleged gastro-nationalism of some governments (including the Italian one), Brussels finally seems willing to acknowledge and accept the information tools that enhance food as the bearer of messages with the meaning and importance that go beyond the mere trading needs.